This page keeps the most up-to-date release notes. 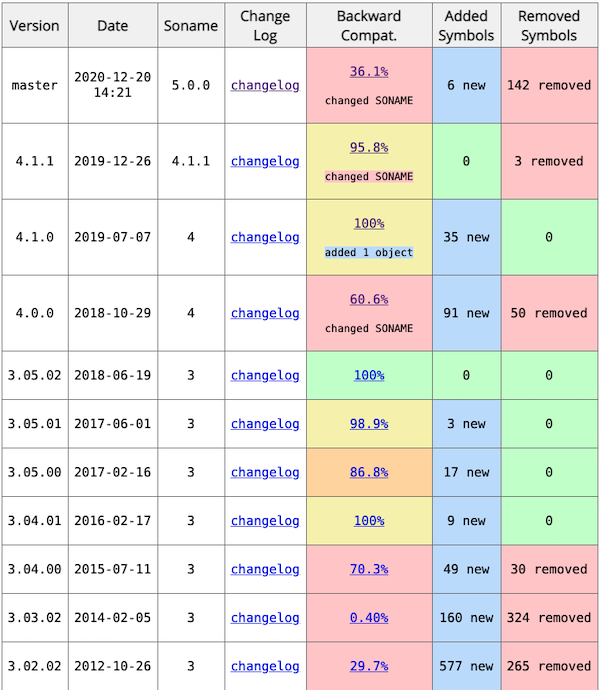 Changes made since last release

Planned: Disable OpenMP by default when building with Autotools.

Changes in the Autotools build:

This release fixed a few bugs, backported from 4.0.0.

2.02 was unrunnable, due to a last-minute “simple” change. 2.03 fixes the problem. It also adds an include check for leptonica to make it more usable.

(See also release notes for 2.00 below for usage information)

No major functionality change. Just a bunch of bug fixes.

(See also release notes for 1.04 below for additional usage information)

First release of the International version. This version recognizes the following languages:

The language codes follow ISO 639-2. The default language is English. To recognize another language:

To train on a new language, see TrainingTesseract2. More languages will be appearing over time.

Warning: Tesseract 2.00 has undergone more compatibility testing than any previous version. There have even been fixes to make the accuracy more consistent across platforms. Having said that, there have been many changes to the code, and portability may have been broken, so 64 bit and Mac platforms may not work or even build as well as before.

Tesseract development is now done with Subversion and hosted at code.google.com (Previously we used CVS as a VCS and sourceforge.net for hosting).

Added a dll interface for windows. Thanks to Glen at Jetsoft for contributing this. To use the dll, include tessdll.h, import tessdll.lib and put tessdll.dll somewhere where the system can find it. There is also a small dlltest program to test the dll. Run with:

It will output the text from phototest.tif with bounding box information.

The distribution now includes tesseract.exe and tessdll.dll which might work out of the box! There are no guarantees as you need VC++6 versions of MFC and CRT (at least) for it to work. (Batteries not included, and certainly no installshield.)

Important note for anyone building with make: i.e. anyone except devstudio users

This release includes new standardization for the data directory. To enable Tesseract to find its data files, you must either:

to move the data files to the standard place, or:

(or equivalent) in your .profile or whatever or setenv to set the environment variable. Note that the directory must end in a /

HAVING tesseract and tessdata IN THE SAME DIRECTORY DOES NOT WORK ANY MORE.

Fixed a bunch of name collisions - mostly with STL. Made some preliminary changes for unicode compatibility. Includes a new data file (unicharset) and renaming of the other data files to eng. to support different languages. There are also several other minor bug fixes and portability improvements for 64 bit, the latest visual studio compiler etc.

Thanks to all who have contributed these fixes.

NOTE: This is likely to be the last English-only release! Apologies in advance to non-windows users for bloating the distribution with windows executables. This will probably get fixed in the next release with the multi-language capability, since that will also bloat the distribution.

Hosted at sourceforge.net. CVS is used for version control.